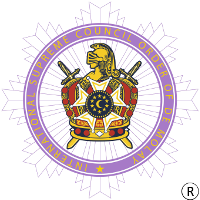 DeMolay International is an organization dedicated to preparing young men to lead successful, happy, and productive lives. Basing its approach on timeless principles and practical, hands-on experience, DeMolay opens doors for young men aged 12 to 21 by developing the civic awareness, personal responsibility and leadership skills so vitally needed in society today. DeMolay combines this serious mission with a fun approach that builds important bonds of friendship among members in more than 1,000 chapters worldwide.

IS DEMOLAY A RELIGIOUS ORGANIZATION?

No. Among the requirements for membership in DeMolay is the belief in a Supreme Being, but not one of any particular doctrine, sect, or denomination. A young man’s religious convictions are his own. DeMolay’s members include Christians, Jews, Hindus, Buddhists, and members of many other religious groups. DeMolay does not involve itself in religious discussions. It merely recognizes the importance of faith in the lives of young men. The virtue of Reverence for Sacred Things seeks to remind our members to rely upon, and use, faith in their own personal lives.