THE BRIEF HISTORY OF DEMOLAY 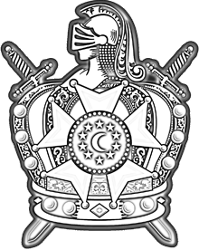 DeMolay LogoIn 1919, while employed as the social services director for the Scottish Rite bodies in Kansas City, Missouri, Frank Sherman Land hired a teenager by the name of Louis Gordon Lower to perform odd jobs around the building. As the two became friends, Land found out that Lower’s father had died a short time before and that the young man missed having the guidance that a father would provide. Lower had other friends whose fathers were not in the home, whether from divorce, abandonment, or death, and that these young men would also like to have an adult male they could go to for guidance. Land suggested Lower invite some of his friends to the Scottish Rite building to discuss starting a club. Within a few days Lower brought eight of his friends to a meeting. The nine young men agreed that the idea of a club was a good one. Soon the “Order of DeMolay” was born. Within three years, chapters had been established in 39 of the then 48 states and the District of Columbia. It is now worldwide.

WHERE DID THE NAME DEMOLAY COME FROM?

The name came from Jacques DeMolay, the last Grand Master of the Knights Templars. The original nine members of DeMolay selected his name in honor of his high principles.